Rich & Tony after completing a major  part of Aviation Training 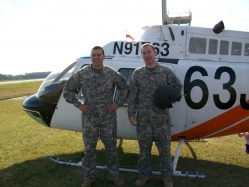 Rich & Tony are moving onto the next phase of aviation training that includes learning to fly by instruments. As I understand they will now be "Stick Buddies" and fly in the same helicopter with an instructor pilot.

Congratulations to Rich and Tony. They are both doing a great job and both families are very proud of them. 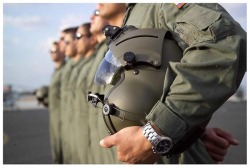 
This is the very early stages of flight training. Once he has become a certified helicopter pilot he will continue his training on one of four Army helicopters. He may or may not have total control over which aircraft he will be flying. There are a number of factors including need, his rank in his graduating class and the aircraft his trainers feel Rich is best suited to fly.  Click on the links above to Follow the Adventure!

This web site contains information about Rich and his activities starting January, 2008. There's much more to be added as Rich progresses through his training to become a helicopter pilot.

On the Flight Line 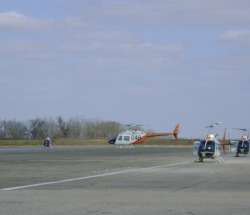 This is a picture of Rich in his aircraft #04B. The helicopter is hovering a few feet off the ground. 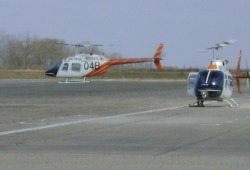 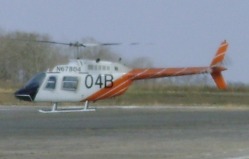